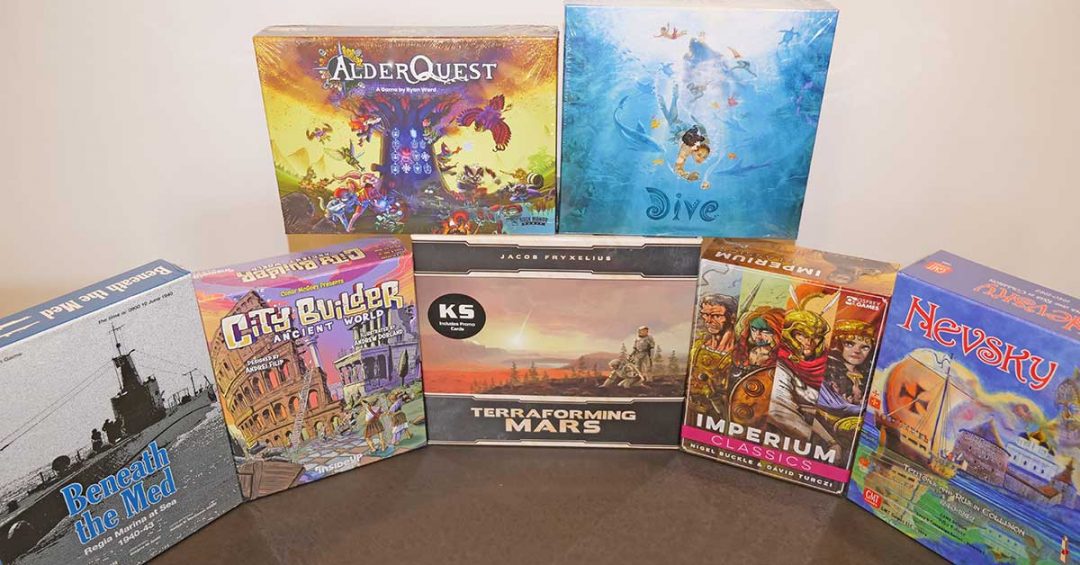 The only thing hotter than the Alabama summer broil outside...is our prices! (no...I couldn't help myself...) Another wonderful week in the books here with a ton of new stuff on the shelves, including restocks. Click to check it all out, and you can catch up on our news too!

We hope this newsletter finds you well! Wendy and I are doing the do, and we're loving it. I'm Eric, and if you're new to our little publication let me show you around. Trust me, it won't take long. This top portion contains a bit of news we picked up during the week, and we often have our own store updates too. However, if you want to skip all of that you can jump down to the bottom of the post and see the restocks, new items, and preorders we laid in last week.

We just finished our most recent giveaway. This time we had Hoplomachus Origins and a copy of the Under Falling Skies Jigsaw Puzzle. The Puzzle is really neat, and not available in stores, so a collectable and something to show off! Well, we shut down the giveaway on the 9th, and soon after drew the winner's name. It turned out to be Brandon B. from Louisville KY! Congratulations Brandon! The US is back on the board, as the last two giveaways both went to overseas players. Hey, it's a small world, am I right?

I haven't coordinated with Solosaurus to see if we'll be partnering up for an August giveaway, but if not I already have a fantastic idea for our next giveaway... it'll be the biggest one yet!

THE OTHER SHOE DROPS ON THE KICKSTARTERS

There has been a lot of gnashing of teeth, consternation, and lamentation of...so many publishers for about two solid months now about the shipping situation in China. We back crowdfunded games, generally for the smaller publishers. You know, those publishers really need the Kickstarter to make it. They aren't a well established publisher just using Kickstarter as another income source. I'll save that rant for another day. In any case, most of the small publishers now have two options; wait until shipping normalizes, or reach back to the backers for more funding.

You would think that most folks would just chose to wait - but it's very problematic. First, those publishers have bills that cannot be paid until more income arrives...which won't happen until they push out another campaign...which they can't do until the current games ship. Yeah, it gets crazy quickly. Also, the timeline for that normalized shipping is swinging wildly from six months to over 18 months! So, we're seeing a lot of publishers choosing to reach back out - almost entirely out of necessity. I can tell you that we support them, and we've paid our dues every time. There's two reasons. First, the entire situation is well beyond any kind of rough order of magnitude anyone would have imagined on how a situation can go sideways and most have payed so much more than they ever anticipated. Second, I happily support other gaming folks trying to make it in this industry, especially if they are coming at it with the right attitude and open communications. While there are significant distinctions between publisher, distributor, and retailer, we are all in this for the same reason - and it's not just to make money!! We love it! Heck, that's a common thread with all of us. For the love of the game! So, we encourage you to stick with your publishers if you can.

IT'S OLD SCHOOL AROUND HERE

We have preorders and crowdfunding games go out almost every week, and it has become part of our normal routine. However, some things really put us to the test. It was a flurry of cardboard, packing paper, plastic bags and shipping tape as we pushed out the Old-School Essentials Kickstarter. It wasn't the largest we've ever pushed, that award goes to the expansion for Twilight Imperium - Prophecy of Kings. It wasn't a Kickstarter, but a preorder, but it was massive! Heck, I even took a photo that I haven't shared yet: 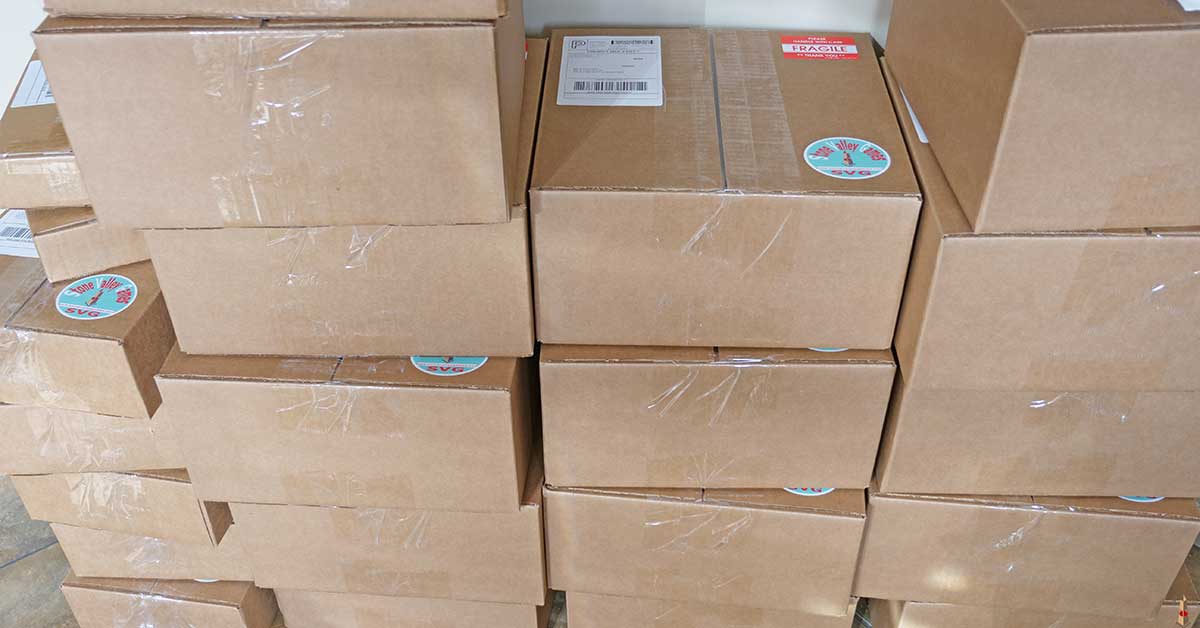 We had to use the truck to get everything out. It was magnificent. So, while this one wasn't nearly as massive, it was way more complex. We had so many different variations and options for the Old-School Essentials books, also keeping up with those who met free shipping, ensuring folks received the proper shipping method... and we weren't perfect, but I'm happy to say we have already corrected everything for the three folks that we had made a small mistake with. I really appreciate their patience and understanding! I just hate the fact that I missed a few things after all the careful planning. Must be a human thing. All-in-all an excellent event, and we're eyeing the next one from Gavin now, which thankfully will be much more simplified. Like...the return of the Black Box!

So, what about restock? First, the screens were coming in later as it was, there were problems with them for everyone involved. We'll add them once we get them in, and we were told they are being prepped for shipping now. They may take some time to ship, but the shipments are the best we've seen for books by any publisher, so it's worth the wait. Then, once they've pushed out all the Kickstarter orders they will work on the reorders, and we've already prepped everything with them. So, we'll have more books in once they are available. Good stuff!

SEARCHING FOR THE SEARCH

Have you noticed we changed our search? We went away from the previous method because they went insane with their cost, and then were adding to that upped cost an additional fee based on how many things were being searched. That's just...ridiculous. Turns out it's not an easy thing to find a decent search that doesn't cost in the hundreds of dollars a year. Even then, they usually don't have a trial option, and most will not refund your money either.

Personally I like how fast the new one is, and that it brings up everything in the search word. However, there are no prices on anything or any filter functions like what we had before. When I brought it up to the devs they said "that's a display issue, and has nothing to do with our search plugin"... which is absurd. How good is a search if it doesn't display what we want? Of course that money's been spent and they won't refund it. I'm going to work with them to see if they can add that functionality. However, if they can't do it we'll have to suffer through and then go in a different direction next year. It's always something, am I right!