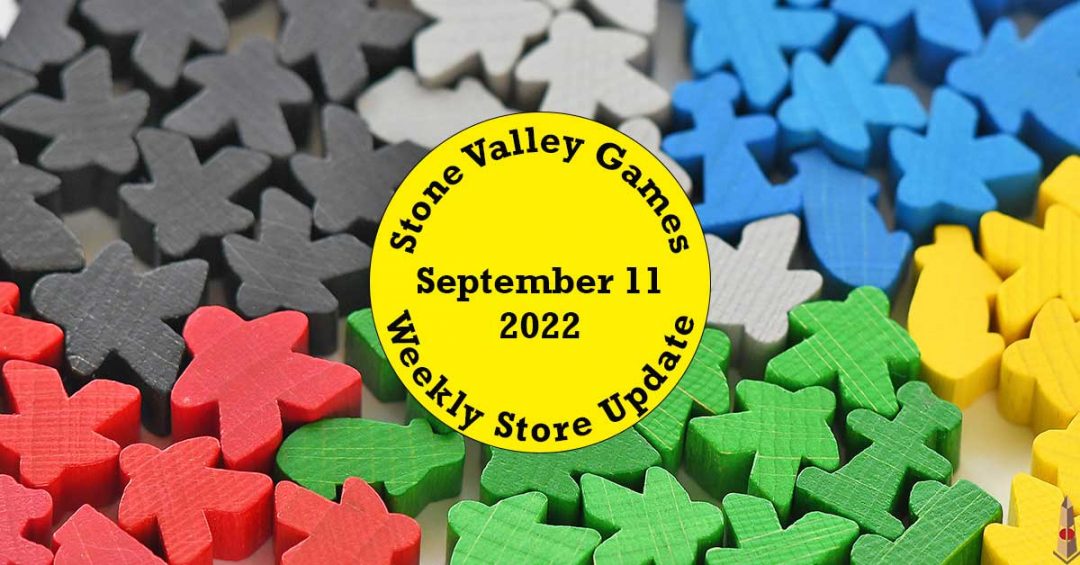 It's almost time to draw for this month's board game giveaway, so don't let the chance pass you by! Around the shop things have been good, staying in that happy place between not too busy...and too busy. We'll take it! We have a few stories to share along with our new items and restock, so check it out!

If you haven't signed up yet, we're getting ever closer to the drawing! As we announced last week, this September we're going with Fantastic Factories! Not just the base game either, we're giving away the entire lineup, from base game thru playmat. Manufacturing fun is just one of our passions! 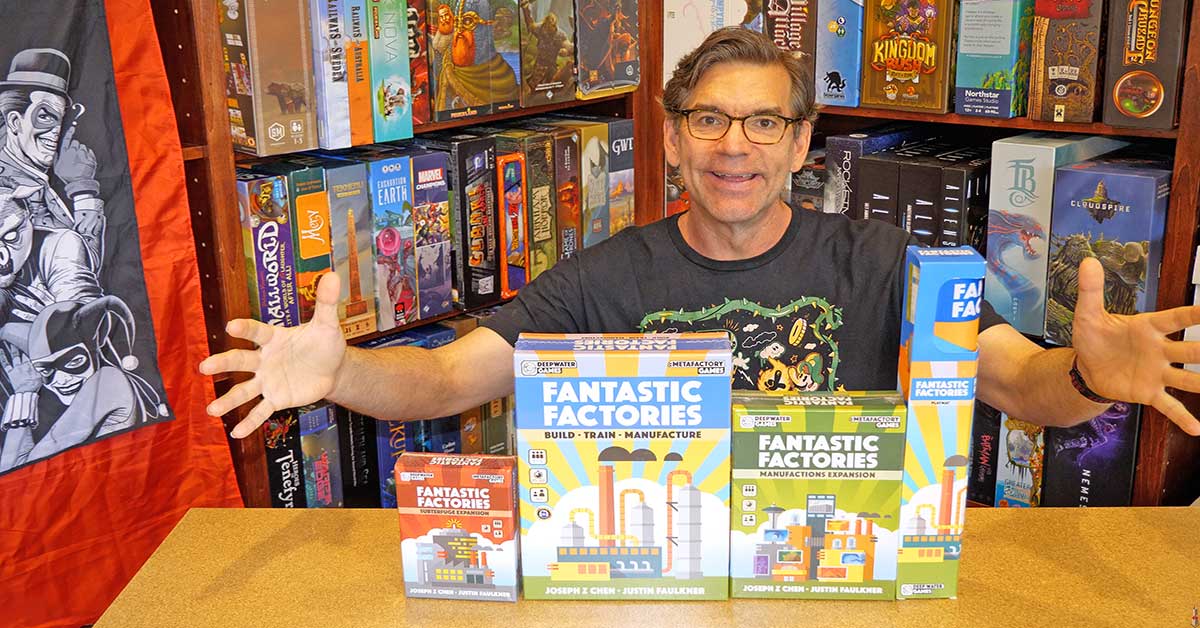 In Fantastic Factories, you race to manufacture the most goods or build the most prestigious buildings. There are elements of dice rolling, worker placement, engine building, resource management, tableau building, simultaneous play, and some card drafting.

CLICK HERE to go to the sign in page and find out more about it. The winner will be drawn on 17 September and contacted via the email address they provide. Please share with your family, friends and loved ones. Let's make this the best one yet!

If you've looked at the preorders for this week, you'll see the majority of them are solo games. Having been in the business for several years now, we hear all sorts of opinions on solo gamers - and many of those opinions are negative.

For those who know us, we cater to smaller player counts - solo included. Obviously, we carry other games too, but if you take a look through our web pages almost everything can be played solo. So, what gives? Why solo?

For me it was initially wargames in my teens. I did play family games too, and really that's all the board games there were. From Risk thru Monopoly, Life, Clue...the usual. However, once I delved into wargames, I found solo options very helpful in trying to develop strategies to properly compete with my uncles - whom all had military backgrounds and understood those games at a fundamental and strategic level. Let's just say that experience really helped in my own military career.

Then life took over and games hit the back burner for decades. Popping out the other side once our children were older, there were all these really interesting games. Most of them were too difficult to just plop on the table and play, so I would play them solo to get the rules and interactions down so I could teach the family how to play. It slowly dawned on me that some of these games had really good solo modes. The earliest game this clicked for me was probably Scythe. Of course, wargames hadn't gone anywhere and still made viable choices...when I had a few dozen hours to play, which was becoming scarce. It was so cool to see games that could be played in a few hours vs. weeks that were just as engaging, challenging and fun.

At this time in my life I never really thought that solo gaming was "at thing". No one I knew really talked about it. Over time it became just a natural part of my existence as gaming with the family or a group. Solo gaming allowed me to play when no one else wanted to, or between gaming sessions. I'm not a "solo only" gamer, it's just one more way I enjoy this hobby.

Later on, when the realization of starting up my own gaming store toggled from 'dream' to 'reality' and I was looking for a niche, focusing on solo games just seemed a natural fit. It helped limit our stock and direct our enterprise. Over the years this has really helped keep our small store full - but not bursting. While there are a few things I've gone back and fixed over time based on initial concepts, this is one decision that we've been very happy with. Then, when I see weeks like this with so many solo games on the horizon, we're not the only ones who are happy with it!

I don't know if this will be a recurring contribution here or not, but there were so many notifications last week I just had to add it. Now, if I can just remember to include this information in the future...

After over 18 months of back-and-forth with Mindclash Games, we finally have paid for the final invoice covering the entire Anachrony line that's been hanging out in our preorder page. In a continuing theme with Mindclash though, the sales manager told me it could still be 4 to 5 weeks before it ships as the warehouse might categorize our order as "large". Hey, I guess after 18 months, another month won't hurt - but know that these games are now officially in the hopper and will be here soon.

We also received word that Gutenberg could be here as early as next week. Best part, as we were so late in receiving this one, the publisher is throwing in the promos too. A little something special for nothing is always awesome! So, folks who have preordered Gutenberg with us will get that promo.

We received an address verification request regarding Sheol. This means that there is still several months, most likely, before the game arrives. It's just good to know they are also in the cue.

Last one. Dan Hallagan of Kaytnta Games - the publisher of the Obsession board game, notified us that shipping to retailers will begin on 9/19. Depending on where we are at in the que, they might not be here in time for the 9/24 release date - in which case we'll adjust that once we have shipping confirmation.

Our newsletter is releasing on Patriot Day this year. It's hard to believe, but over 20 years have passed since the tragic events of September 11th. 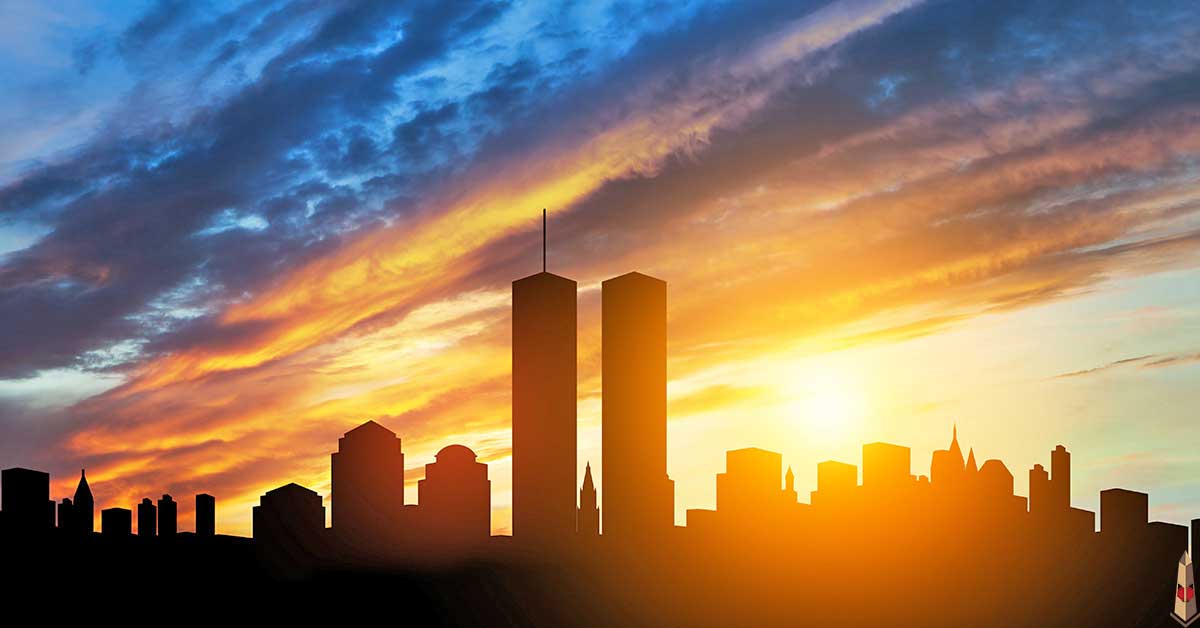 I can still remember what I was doing when I heard the news. As I was already in the military, I knew it was only a matter of time before I rotated out again to support the inevitable war. The first time I answered the call was in support of the Gulf War, so I kind of knew the signs, and they were all quite lit up after that tragic event.

It turned out to be an accurate premonition, because just a few short months later off to war we did go. While that was the first time in that new era, there were many, many more in my career to undergo. It's absolutely baffling how long we spent supporting the war that came after that fateful day so many years ago.

I guess the most tragic part for me, and gives me a moment's pause, is all of those hardships and losses from that decades-long war led to a conclusion that...really wasn't a conclusion. Which is incomprehensible. I'm not going to sashay down that path anymore today though, there's just too much to unpackage. Let's just say I do appreciate that I'm here and can reflect. Honestly, some of my closest friends today and fondest memories came while doing that hard thing, so, absolutely no regrets. After all, in a strange sort of way, that path has led me to today, where I get to make people happy and bring joy through gaming every day. How cool is that?!