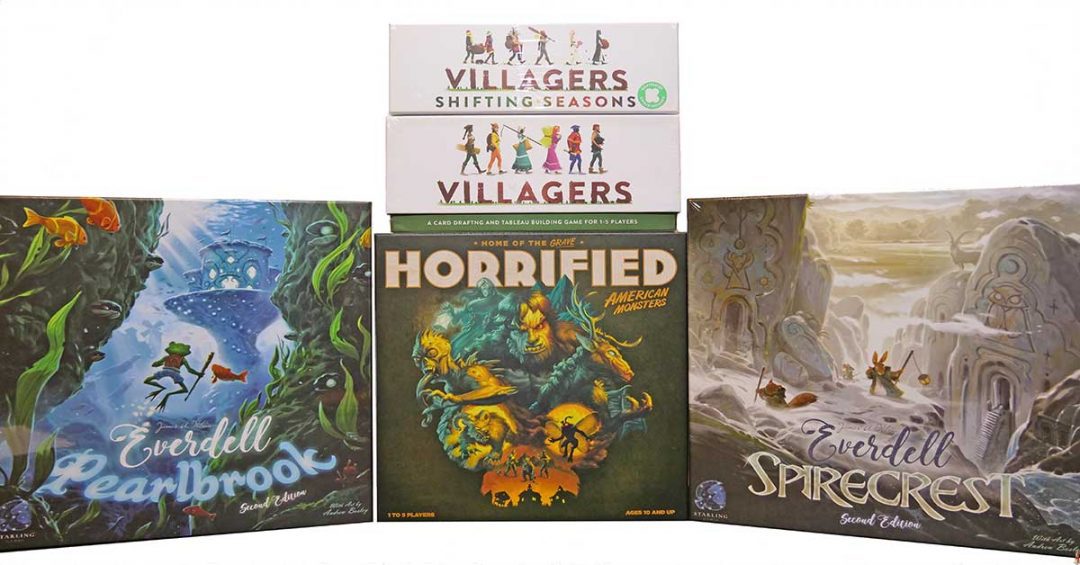 We just finished rearranging the store! What a monumental effort that was, but it worked out exactly as we had planned. However, there's other exciting things afoot - like the launch of our August board game giveaway! We have other news to share, and the new items, fresh restock and preorders added last week. Come on in and check it out!

August has crept up on us, and in deciding which game to giveaway we didn't have to look too far for a game that's the trifecta of popular, highly rated, and expensive - the qualities of a game that folks want! It's Descent: Legends of the Dark!

Adventure across the vibrant fantasy realm of Terrinoth in this absolutely amazing the co-operative dungeon-crawling board game. Powered by an integrated free companion app, Descent: Legends of the Dark puts you in the role of a new hero. Throughout your campaign, you'll face undead lurking in the mists, demonic barbarians stalking the wilds, and even more terrifying threats. 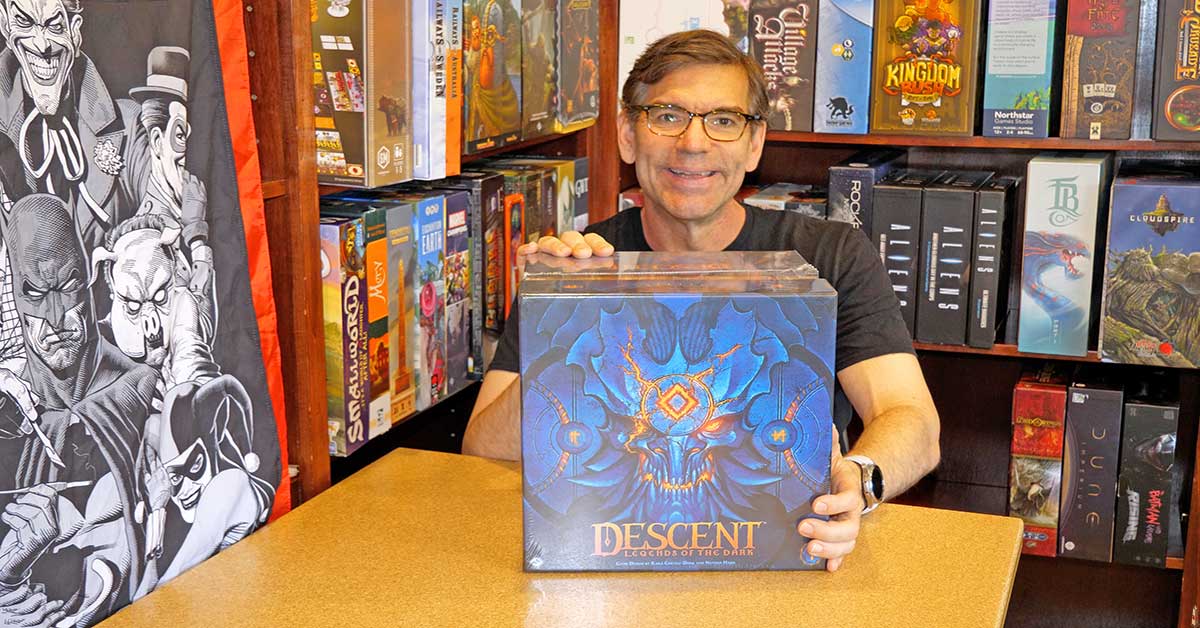 With 46 pieces of 3D terrain and forty hero and monster miniatures to draw you into the game, your greatest adventure is yet before you!

The winner will be drawn on 13 August 2022 and contacted via the email address they provide. Good luck everyone!

We have literally just finished rearranging the entire store. We used to have the roleplaying games and collectible card games in one area, and the board games and MTG singles in another. It was just awkward moving customers between the sections, and having over 100,000 MTG singles in easy reach was not the most tenable of ideas I ever had...

It took us all week, but now in the same general space there are nicely defined areas for board games, collectible card games, D&D & "other" roleplaying games, and even a Pathfinder nook. All of those MTG singles are in the office now, well away from the regular products. If customers want singles, they have to go thru Deckbox in-store, and we'll secure the cards. It's just...better.

Now that everything is in its new home, I want to get some labels, posters and other bling (or...is it 'drip' now?) to highlight the different sections. Once I have that done, I'll be sure to take some photos to highlight the improvements!

I'll be out of town on business in San Diego for a week in early August. Wendy will hold down the fort, but because of her responsibilities as Nana I'm going to shut down the storefront while I'm gone, so local folks please plan accordingly. Trust me, she and I would much rather have her ride or die, but there's no fighting the Nana requirement! We'll have some help pop in daily to take care of the online orders, so there shouldn't be any interruption there.

I don't know if I'll have time to knock out a full newsletter that week, but I'll do the best I can. I'll add another note in next week's newsletter just to remind everyone.

As I had foreshadowed last week, our latest piece in the Stone Valley Pangea Series is complete! What we're doing is highlighting each of the six distinct sections of our fantasy Pangea. We already explored the Great Planes with King in the Castle and the Desert with our Desert Wanderer. We still have the water, swamp, and forest lands to explore.

The concept is humans were introduced to the Pangea at the site of the Obelisk. Instead of growing together around the Obelisk, they instead splintered and fought for control of the ancient, powerful spire. The warzone around the Obelisk became known as Stone Valley, which eventually became the name of the entire world.

These early humans eventually migrated into the five distinct sections of the Pangea. Now, over 6,000 years have passed which has significantly changed them into, in some cases, very unhuman- like appearance. However, everyone is from the same original group of humans - if they believe it or not. 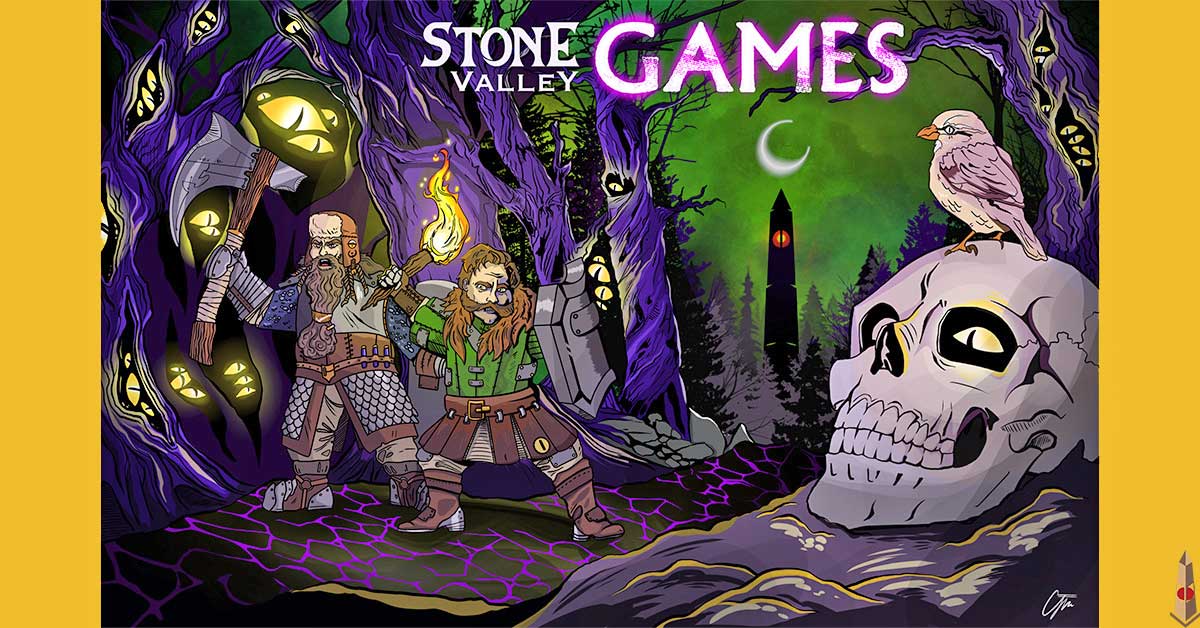 So, in the picture above our intrepid heroes risk an excursion out of the vast underground tunnel systems to secure the always harried trade routes to other parts of the Pangea. While the regions are always seemingly at war, trade goods still flow as there are minerals and supplies the rest of the Pangea needs which are only found in these northern mountains.

I'm not sure which section of the Pangea we'll be visiting next, but I'm sure we'll soon find out!