This new and highly regarded game has just been opened up for general retail! You probably have heard the buzz, but Gloomhaven: Jaws of the Lion is a standalone game that takes place before the events of Gloomhaven. Gloomhaven: Jaws of the Lion is aimed at a more casual audience to get people into the gameplay more quickly. All of the hard-to-organize cardboard map tiles have been removed, and instead players will play on the scenario book itself, which features new artwork unique to each scenario. Learning the game has also been modified through a simplified rule set and a five-scenario tutorial that will ease new players into the experience.

The game includes four new characters — Valrath Red Guard (tank, crowd control), Inox Hatchet (ranged damage), Human Voidwarden (support, mind-control), and Quatryl Demolitionist (melee damage, obstacle manipulation) — that can also be used in the original Gloomhaven game. The game also includes 16 monster types (including seven new standard monsters and three new bosses) and a new campaign with 25 scenarios that invites the heroes to investigate a case of mysterious disappearances within the city. Is it the work of Vermlings, or is something far more sinister going on?

By the way, if you'd like to keep up with our giveaways, sales, new products, and articles just ‘Register’ to our website here. Once you register you automatically become enrolled in our loyalty system, instantly earning 50 Stones. A Stone? One Stone is equivalent to One Cent. That doesn't sound like much, but you earn Stones with every purchase and product review, so though it may seem small, those savings add up fast! Redeem your Stones upon checkout, and they can save you up to 10% off your cart total. Loyalty Matters! 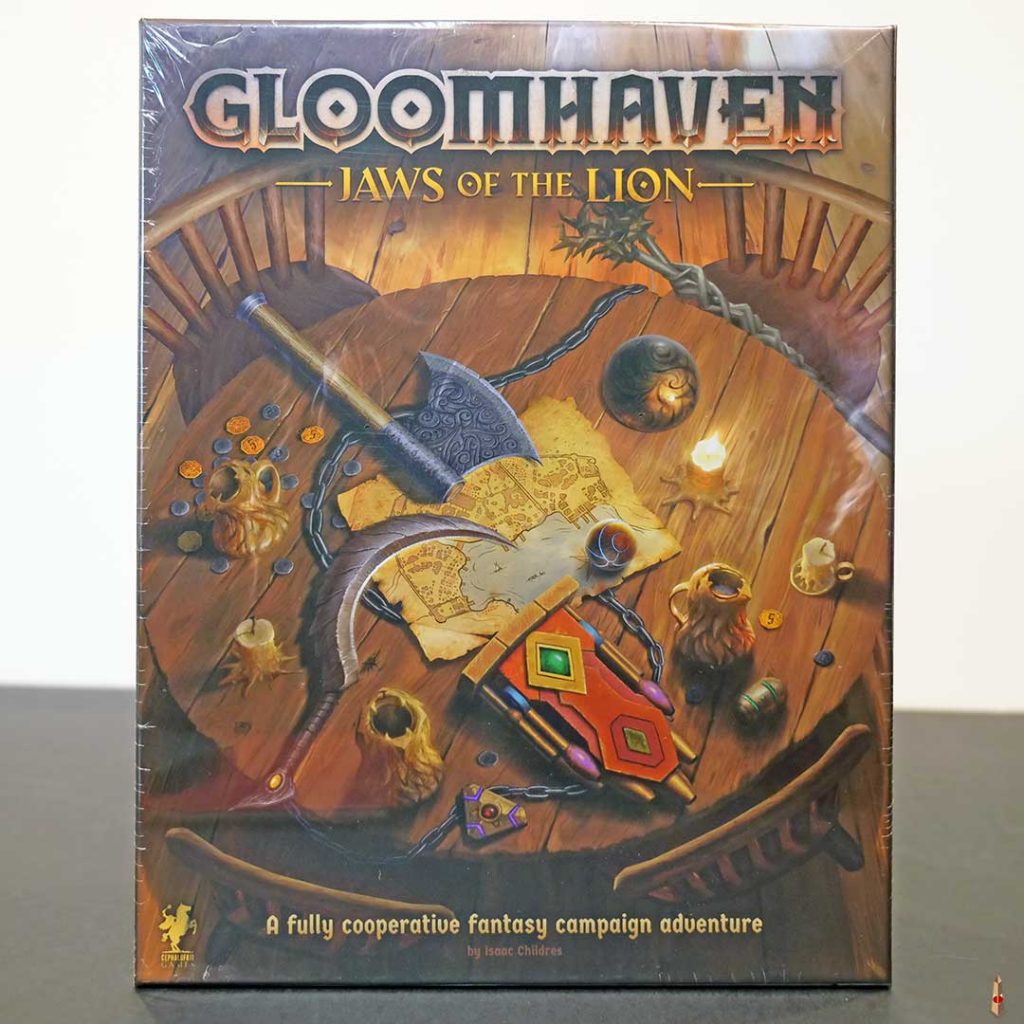 Gloomhaven: Jaws of the Lion