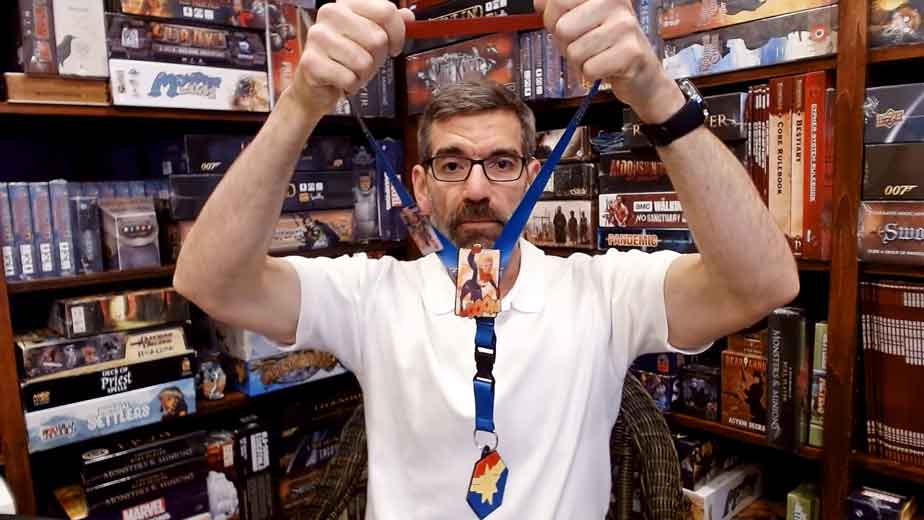 Watch Eric pilot two variants of the Captain Marvel deck from Marvel Champions the card game against the vicious and evil Klaw. The core Captain Marvel deck features Aggression aspect cards. Using this setup we went 1 for 7. The video demonstrates just one of those losses - but shows the weaknesses of aggression vs. Klaw. For the second video we swapped out the Aggression aspect of Captain Marvel's deck for Leadership. This turned out to be a much more viable deck against Klaw! It provides an answer for Klaw's overpowered minions with decent Allies. It's able to Thwart the numerous Threats that Klaw brings to Schemes (and Side Schemes), and it still allows enough firepower to hit Klaw and all his minions for real damage. These factors, combined with good card advantage through card draw, was a winner. It still wasn't easy though, and it went down to the wire - as most of the games go.

So, it wasn't the "good luck" lanyard after all...but decent cards that did the trick. Fancy that!

NOTE: We used the same intro section for both of these videos, the gameplay portions are completely different though.