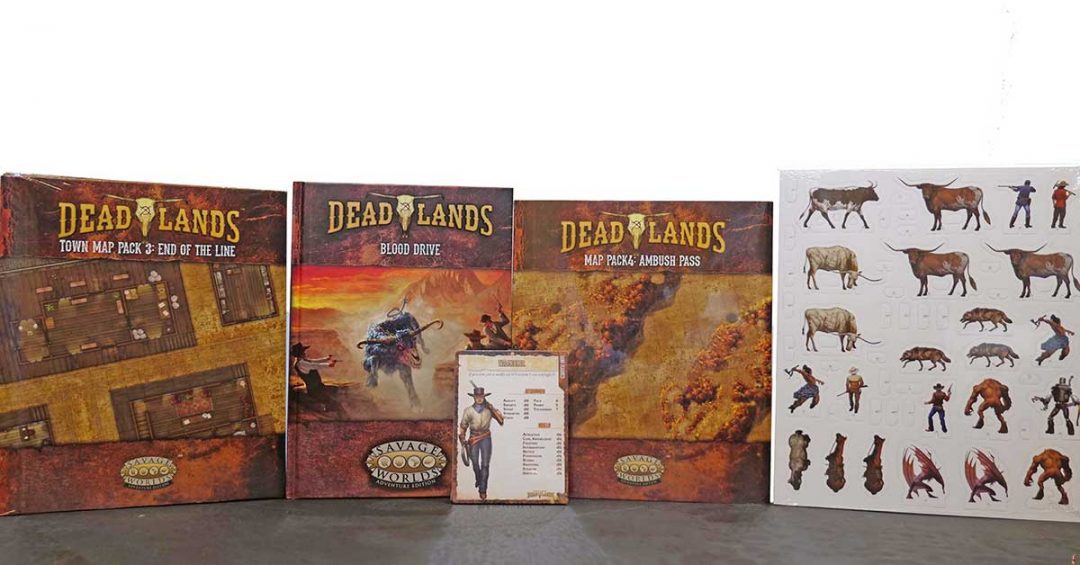 We're loving this cooler weather, and the shorter days are pulling folks inside more...where all the games are! A little yellow creature delayed things quite a bit last week, but we did still add new items, and some restock too. Check out what's going on with us, and find out about our Scary Board Game Giveaway!

Hello! I'm Eric, and Wendy and I own and operate Stone Valley Games. If this is your first newsletter, thanks for checking it out! This top portion contains our news items, but if you want to see what restock, new items, and preorders we added to the store, those are listed at the very bottom of this post. First though, let's talk about our Giveaway!

Our Board Game Giveaway is going on right now, with the drawing on 16 October, so make sure to ENTER HERE to learn more and sign up! 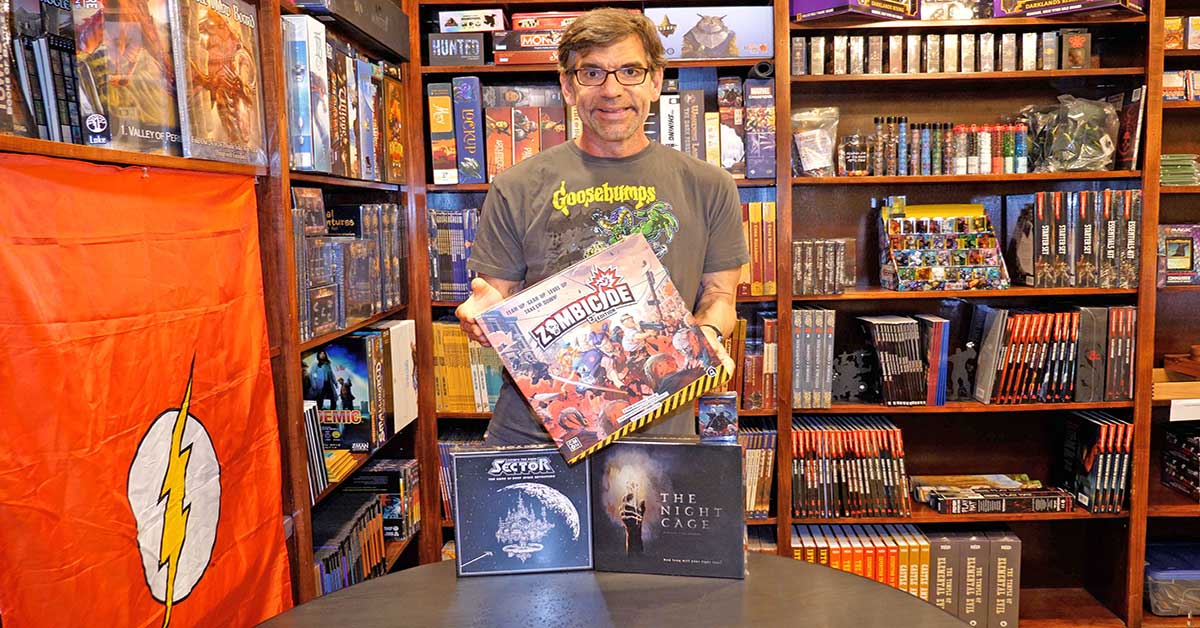 It's a "scary" giveaway because each of the four games we're giving away has a horror theme! Just in time for Halloween! There's the space adventure Escape the Dark Sector, the latest edition of the fun and highly rated Zombicide 2nd Edition, the creepily thematic The Night Cage, and the trick-taking card game Shardhunters. That's over $200 in games, and one winner takes all on 16 October!

Our product limitations are generally based on a lack of space in our small store, or lack of time between its two employees. As an example we don't carry modeling paint yet, simply because we've run out of room to display it properly.

Well, last week was humming along like normal, but then Wednesday rolled around and none of our distributors had contacted us for our weekly shipments yet. Very, very odd. I contacted them one by one and every. single. one. was buried in the Pokemon Celebrations release. Well, there's one of the products we were going to pick up a long time ago but just kept skipping it, the timing just wasn't right. So, after some quick reflection we realized we had to add Pokemon to the list of products we carry. As long as we do not try to branch into Pokemon singles I'm fairly confident we can keep up. It'd be absolutely foolish for us to avoid such an incredibly popular product when it's really not that much more work and doesn't take up that much more space.

That little yellow creature might have messed up our weekly influx, but it also spurred us to get on the wagon. Catch 'em all indeed. We missed the boat for the hot Celebrations release, but you'll start seeing other new releases in the webstore soon. We choose you Pokemon!

Mindclash Games produce Anachrony and the expansions for Trickerion,and a host of other titles as well. Oddly, the base game Trickerion belongs to Ape Games. In any case, Balázs from Mindclash told us that the international shipping issues have pushed their anticipated October reprint of Anachrony to late November at the earliest.

If you've noticed, we don't have Anachrony listed in the webstore yet. However, we have set up our retail partnership with Mindclash. So once they have their items in stock we will not only add the base game, but also Anachrony Essential, Classic Expansion, Exosuit Miniatures, Fractures of Time, and Future Imperfect. Once we do add them we will list them here in the weekly newsletter so you can check out the extremely popular game!

BTW, Ape Games are in the process of reprinting Trickerion, and hopefully it will be available before Christmas. It's another fascinating game we're looking forward to getting on the shelves!

I wrote about Google authorizing us Google Product Reviews in our 19 September newsletter and have been working on it ever since. The majority of that time has been spent with our website developers to integrate the Google product review with our webstore. Initially the devs were going to do the programming. Then, after several days they asked if we could invest in a plug-in instead. I looked at what they had suggested and I didn't think it would work as the barcode information looked incompatible to what we had. So, to be safe I asked the developers to double check. A few days later and they said it'd be fine, so I purchased the plug-in and installed it, but did not activate it so they could do their thing.

A few days passed and they notified me that the barcode information wouldn't work because it was incompatible...

Yeah, no kidding! As luck would have it, with a large section of my customers out for fall break and our shipments delayed last week from the Pokemon release burying our distributors, I had the time to do a deep dive on the problem myself. After about five hours had it fixed, integrated, and awaiting final verification from the Google team.

Now comes the real test. How will the Google review work side by side with our already established SVG review? They are very similar in result, but different in execution. Primarily, Google has a pop-up that appears after the order has been made asking the customer if they'd like to participate. It's a mandatory pop-up, so we have to enable it if we want to connect to Google. Conversely, our SVG review does not have a pop-up, and sends an email seven days after the order processes. We were able to avoid the pop-up by explaining it in our Terms and Condition. The confusion will come now because if someone opts out of Google they will still get our SVG email, and if they opt-in they will get both the Google and SVG emails.

The primary reason I want to keep both is the benefit for filling out the SVG survey is a voucher on a future order. No such boon for the Google version, but it connects to Google at large, which is phenomenal.

I am going to run them side by side for a while and see how it goes. Like an ocean liner, I plan on making small changes to course correct over time, with the goal of having them work together with as little impact to the customer as possible. Hopefully we can get them to hum along together in perfect harmony! After you've experienced the review system, if you have any comments on how it's all working let us know your thoughts.

LORD OF THE RINGS - COMPLETE COLLECTION

While we offer international shipping, as is explained in our Frequently Asked Questions, the shipping costs are generally prohibitive. However, for smaller packages it's closer to reasonable. In any case, John reached out to us from the Netherlands with a request for some Lord of the Rings card packs he was having difficulty tracking down. He had snagged a few from Germany, and then noticed we had the rest. After some back and forth we soon had the cards heading his way, and they eventually ended up at his front door.

What we didn't know was these were the very last packs John needed to complete his Lord of the Rings card came collection. That's quite a feat! Not only that, but John hosts a Lord of the Rings Card Game podcast - and in the podcast gave us a shout out. So, if you'd like to listen to how the cards played out you can check it out. https://lateoftherings.buzzsprout.com/1042546/9306171-episode-20-the-great-indoors

By the way, Fantasy Flight recently announced they were going to begin adding new items to the Lord of the Rings Card Game. You many not know it, but it's one of their longest running product lines. We're hoping the new items will draw a new generation of fans to the amazingly thematic game.