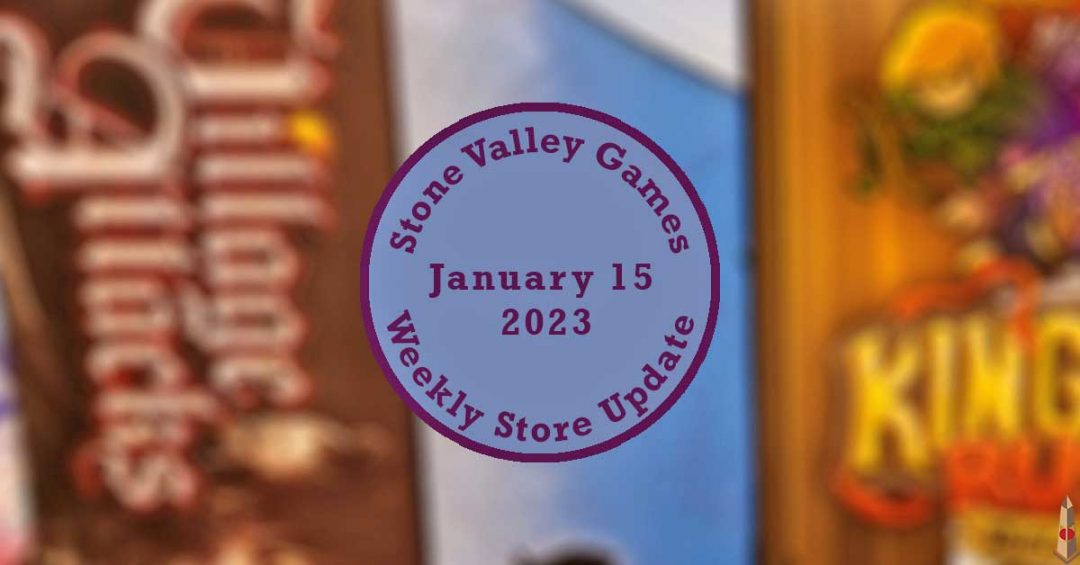 The weather here is going from 'cute and springlike' to 'devastating and destructive' with very little notice lately... we need to add a few more small games to the storm shelter... Anyway, it's been exciting lately in the world of RPGs with the whole OGL issue. We have a few thoughts on that. Lots of action in the store to keep us busy too, some fantastic new games, and we have some neat new art to show you. Why not check it all out?

Welcome to our weekly newsletter! For our new readers I'm Eric, and Wendy and I run Stone Valley Games. This newsletter is our way to share both local and world-wide gaming news of interest that popped up last week. It also provides our subscribers, both local and remote, some information on the going's on around here so everyone feels like part of the action. At the bottom of this newsletter we show you the restocks, new items, and preorders added to the store last week. It's not too difficult to navigate, so let's get to it!

STANDING UP THE ORC TRIBE

The Wizards of the Coast story about their leaked Original Gaming License (OGL) 1.1 is quite well known now, so we aren't going to rehash any of that. If you're not familiar with the story though, here's an update. I'm sure there's a lot more yet to come, and as simultaneously fans of the genre and retailers, we'll be paying attention.

Amongst all of our scrambling for concrete, actionable facts, we had a few independent creators point us to a completely new Neutral Open RPG License announced by Paizo. As you may know, Paizo develops the Pathfinder RPG setting. In any case, I wanted to share that with you in case you hadn't seen it yet. Paizo Announces System-Neutral Open RPG License.

They're calling it the Open RPG Creative License (ORC). I can tell you the Stone Valley Pangea RPG setting we've been slowly developing in the background has found a new home as we signed up last week. Regardless of how all of this settles out with the OGL, we feel this new license is a better opportunity for us as creators.

Of course, content creation is a different conversation than what we play and what we sell. In those cases, we're still fans of the depth and breadth of work from the myriad of creators across dozens of Intellectual Properties from Pathfinder to Savage Worlds, Dungeon Crawl Classics, and on and on. It's my humble opinion that more diversity in gaming is far better than a single track. I say Power to the Gamers!

We've had two crowdfunded titles land recently, Oros and Hamlet. Both of these are the deluxe versions of those titles. Oros was the 2020 Ion Award Best Strategy Game and combines interesting grid movement, worker placement, and tile placement mechanics into a really interactive and fun puzzle. Hamlet is another strategy game in which the players turn their hamlet into a bustling town by finishing the church. There is a lot of replay value with this one due to the irregular shaped tiles and lack of structured grid. It also touts a solo mode by Nick Shaw and David Turczi.

We've received some 'imminent shipping' notices on others. These titles include Senjutsu: Battle for Japan, The Age of Atlantis, and Honey Buzz Fall Flavors. There's also the RPG resource from the creators of Fateforge in Creatures: Monster Compendium 2. You can hit those links to check them out on Board Game Geek, and the Kickstarter page for Creatures.

We've had several folks ask us to send them notifications when our crowdfunded games arrive, but there's an automated process already in place that won't forget to email you...like I might. All you have to do is sign up for an SVG account and then add the title to your Wishlist. You can select the option in the 'Notifications' section to have the system email you once I change the quantity. Once I modify the listing to add the product, you'll be among the first to know. This Wishlist feature works the same for all Out of Stock items - and you can use your Wishlist for other things, like pricing changes as well.

While it's true that we have stopped picking out new Kickstarters back in January of 2022, it will still be years before the ones we've already selected will ultimately hit the shelves. Some amazing titles on the horizon!

We have completed The Huntress! In our running art series highlighting different areas of the Stone Valley Pangea, we now find ourselves in the heavily forested and jungle section of the Pangea. With a sharp eye on her target, Ehlydra hunts alongside her ferocious feline partner Ghobiani. Brought together by chance when they were both but cubs, many years together have made them a formidable force indeed. Ehlydra's braid is made of the shredded fur of her companion, and the longer they spend together, the longer the braid grows. Again, demonstrating the strength of their partnership. 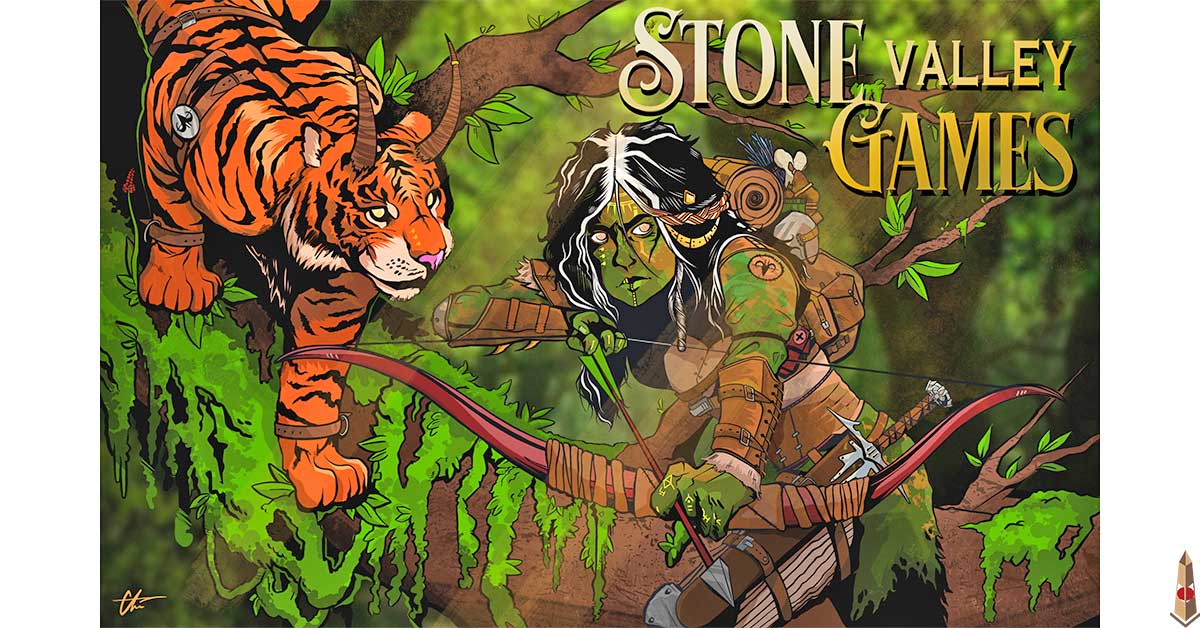 In the classic hunting norm of "I see it first, I get the first shot", Ehlydra prepares her shot while Ghobiani glances at her in surprise. Once again, this biped has spotted the intended target before her...

Now that we've been introduced to the jungle, we only have one unexplored part of the Stone Valley Pangea left. It's the watery world filled with endless oceans. What will we find there?!

The United States Postal Service, or USPS, has announced the new rates kicking in on January 22nd, 2023. The good news is that compared to the current USPS prices, we will actually see some price decreases!

As for our other shipping partner UPS... UPS has not announced any rate changes, and rumor has it they may be lowering prices in the upcoming year too. We'd love to see that!