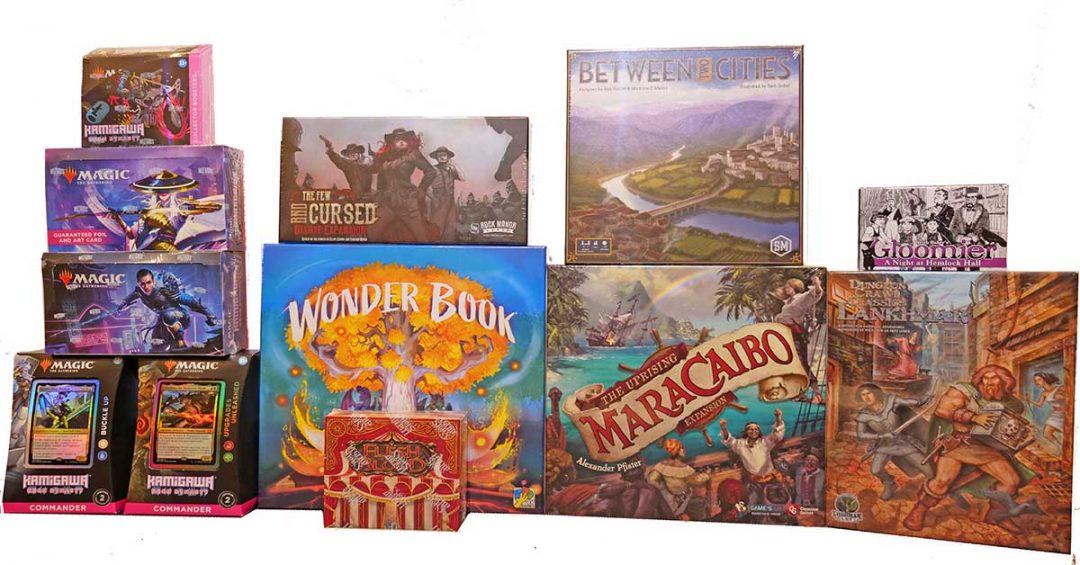 The sun's shining bright, but...like an LED light, there just isn't any heat! However, we do see Spring arriving early. Take that, weather guessing rodent! Anyway, another wonderful week here with tons of restock and new games. We narrow down our March board game giveaway selection and share plenty of store news too!

Hello there, and welcome to our weekly newsletter! For our new readers I'm Eric, and Wendy and I are the owner/operators of Stone Valley Games. This newsletter is our medium to discuss both local and world-wide gaming news of interest that popped up last week. It also provides our customers, both local and remote, some information on the going's on around here so everyone feels like part of the action! At the bottom of this newsletter we show you our restock and new items we added to the store last week. In any case, thanks for your attention, and onto the news!

We plan on dropping the details for our March board game giveaway next week. I can tell you we're teaming up for the giveaway. Benefit to you? We'll be giving away TWO games instead of one! So, in March we will have TWO lucky winners for our board game giveaway! Not too shabby!

What title is it? Well...I can give you a few hints. It released in 2021. It was inspired by a more complex game in the same publishing family, and it was initially crowdfunded. Tune in next week and we'll have all the details, plus the link, right here!

It looks like one recent development here at the shop has been successfully implemented. If you've been following us over the last few weeks I've been writing about our Point of Sale, or POS solution. We really needed something easier to use, that was quicker and more convenient for our in-store customers, and one that maintained good accountability.

The first few weeks were a bit rough, as the initial integration basically broke some of the backend workings of the website. It didn't kill the webstore, but it crippled things a bit. At the same time, the POS hardware that we received was inoperative, so we had to get a replacement. In the meantime, we fell back to our original POS solution, so we didn't lose anything but time.

Now, after we've worked out the initial integration bugs and our replacement hardware arrived, and we've been using it for a few days...we're happy! There are a few nuances to take into account on the backend, but everything that's facing the customer is spot on. It's actually so much better than our original solution I am happy we decided to stick with it instead of cutting and switching to something else when things got bumpy. Wow...what an adventure!

Of course, it's not a perfect integration. We have to manually enter our Stones rewards program from the webstore to get the local customers their discount. Also, our current webstore gift cards don't work with the POS system, but they can still be earned and used on the webstore. So, overall, we're content. For now. I'm going to work with the developers on some of those integration issues. We'll see how it goes!

EYE OF THE BEHOLDER

I threw in the towel recently, realizing I was at the end of my artistic abilities. At least until I have enough time to play with and learn how to use these fantastic Adobe tools. It's all about having the time. Kind of like that correlation of being young and having plenty of time, but not enough money to buy the games you wanted to play. Then, as an adult we have the money...but not nearly the time.

I am also well aware that no single person knows everything. Even me, which - I know is a shock, but it's true! 😉  I believe one of the keys to success in business, or life in general, is to collaborate with folk who are strong where you are weak.

So, as I mentioned last week, we started working with some local artists to see what we could come up with. Here's the first new thing we've developed from this new relationship. 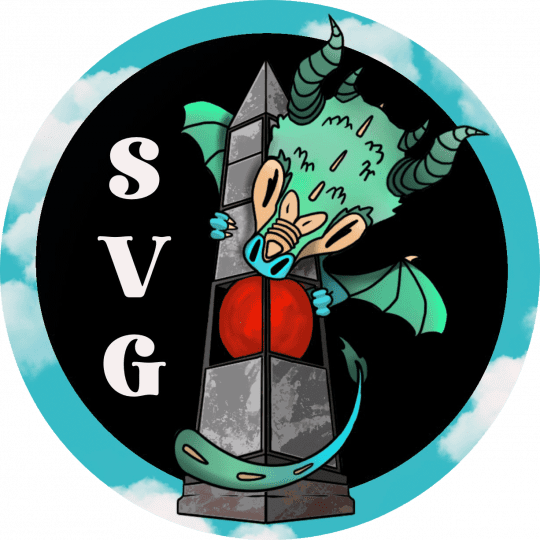 I've had the dragon and obelisk concept bouncing around in my head for months, but just couldn't get it onto paper. A few conversations and a few hours later and it's already done.

I don't know about you, but we like it a lot! Of course, art is always in the eye of the beholder. We're going to most likely turn this into a sticker and add it to other bling items too. Maybe a t-shirt?

This is just the beginning. We're going to slowly add more art and creative concepts to other parts of the shop, website, and certain processes too. Lots of ideas, but like everything else we do, we will parse them out and have fun with it over time. There's no hurry!

We have all been watching the progression of computer artificial intelligence, or AI, as it relates to gaming for a long time. Singular focused programming famously arrived when AI was finally able to defeat human opponents at chess in the mid-90's.

Today AI is no longer a novelty but ingrained at some level in almost all of our day-to-day lives. Even so, current AI interaction with us is quite limited. One computer scientist, Dr. Lara Martin, believes the key to really expand AI capability is to teach computers how to tell stories. Ultimately, if her vision came to fruition, computers would be able to create screenplays, or even perform the role of the Dungeon Master in roleplaying games.

However, she understands just how daunting of a task that is and believes the entire community would need to combine forces to make it happen. So, the burning question. Will we ever see a computer in the role of a Dungeon Master? Unfortunately, Dr. Martin doesn't think it will happen in our lifetime. While AI has advanced considerably, it still doesn't "know" the language and all the complexities involved.

Well...it looks like humans will make the best Dungeon Masters for some time to come. Bad news for those Eternal DM's! Shout out to my people! In any case, we don't think it has to be like all of those movies and AI stories where everything ends in some horrible dystopian takeover. How about a future where computers work with us to better our existence? Sign us up for some that that! If you'd like to learn more, just click here to read the article from Science Focus.