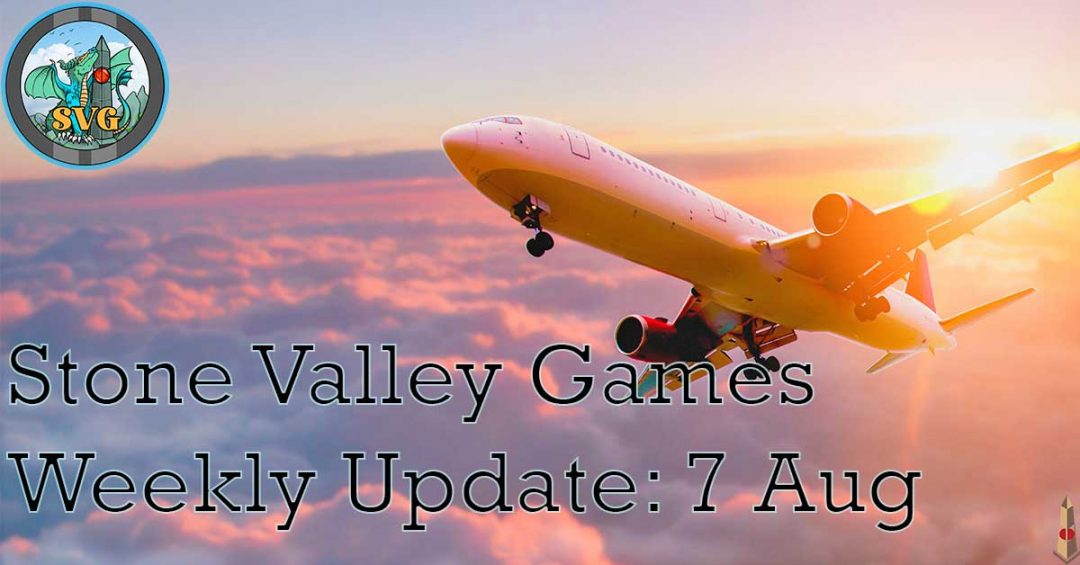 We're hitting the road this week on business, but what a great week we just had! Over 80 titles restocked, and some cool new games added too. Don't forget, this is the last week you can sign up for our monthly Board Game Giveaway - you'll want to check that out! While you're visiting, you can see what other items of interest we have to share. Welcome!

I didn't realize it at first, but August marks the one-year anniversary of the Descent board game launch. Wow, has it been a year already?! Well, what better timing to give folks a chance to win Descent: Legends of the Dark!

Adventure across the vibrant fantasy realm of Terrinoth in this absolutely amazing the co-operative dungeon-crawling board game. Powered by an integrated free companion app, Descent: Legends of the Dark puts you in the role of a new hero. Throughout your campaign, you'll face undead lurking in the mists, demonic barbarians stalking the wilds, and even more terrifying threats. 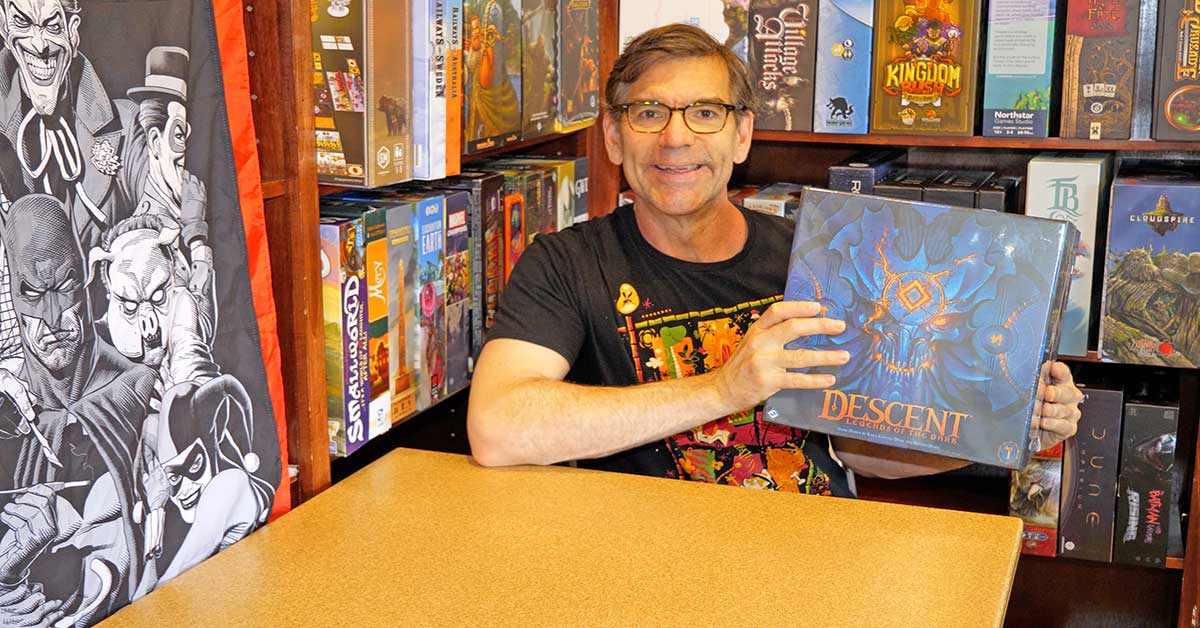 We will be drawing the winner on 13 August and notifying them immediately via the email address they use for signing up. We'll then share their name in our next newsletter.

Wendy and I were just talking about the popularity of this game. This is the kind of game that even if someone already owns, would be a beyond-cool gift to give a friend or family member if they were to win. So, we're hoping to break our previous sign-up total with this giveaway. (Fun fact, our record month was the month we gave away Castle Itter). In any case, good luck!

Our July summer sale was the largest sales event that we've held to date. One of my main goals was to liquidate a good number of games that we were not going to regreen. You may have noticed by some of those prices. That worked perfectly, and by culling those titles we were able to reshuffle the store around, making it much more functional for both customers and us.

You probably noticed that quite a few of those 'Out of Stock' items disappeared last week, and that's because I pulled almost 500 items out of the webstore. Those are the titles we're not going to carry anymore.

It's not like we just became a tiny inventory after that though, as we still have over 1,500 titles for sale!

We plan on taking another look around the Black Friday weekend for our next big sales event to see if there are other things we can move on out. I suspect there are!

FILLING IN THE BLANKS

Now that the majority of titles have been culled, we redoubled our efforts to fill the shelves back up with games we will be carrying. You may have noticed a good start there this week with the addition of 84 restocked titles.

When looking at what we're carrying, there are two publishers that we stock almost everything they make - Thunderworks and Stonemaier Games. We just like the way they do business and how absolutely amazing they are as people. After the store realignment we were able to make a few spaces to stock games specifically for those publishers, so that's doubly cool.

You'll see quite a few titles by Fantasy Flight as well. They just continue to make really good, fun games at consistently high quality. They might have changed a bit since being bought up, but they can still bring it in spades! The king of quality components though remains Eagle Gryphon Games, which we love their Lacerda designed titles. They also have some of the best sports games in the market...not to mention one of the only "train games' that can be played solo!

For roleplaying games, we're staying faithful to Old-School Essentials, Original Adventures, and by default, Dungeons and Dragons. Of course, we have Pathfinder 2E, Fateforge, Dungeon Crawl Classics, and Limitless to round out the fantasy realm. Then, for those like us who like things a bit different there's Savage Worlds, Numenera, and Cyberpunk Red - plus a few other neat titles too.

We were thinking about adding Call of Cthulhu or Vampire: The Masquerade, but even after the move we just don't have the space for any other titles. Now, if they go to the 'next' version, we might start carrying some of the newer ones...

However, we do now have a space for one of two things. Either we're going to start a section for Warhammer, or for modeling paints. I do believe, if I get a bit creative with the space we have, that we can do a bit of both. I've already reached out to the Warhammer folks to discuss space requirements. Paints is a bit different. There are so, so many options it's just difficult narrowing that down to 'something' so we can start carrying it in the store. Working that is going to be one of my focuses for the remainder of the year. I plan to have the solution rolled into the store by Black Friday. Let's see how I do!

Plans changed from last week to this. Originally, I was going to take the business trip solo, but then Wendy and I decided to team up and tackle it together. That leaves the storefront closed while we're gone.

Also, we won't be able to get to the online orders until we return, but we'll make sure to leave a banner on the order page so folks can see that there will be a delay in processing.

It's only a week though, and we'll be right back next week in time to draw the board game winner. I'll have more restock to tackle waiting for me and hopefully have time to knock out a quick newsletter. It's going to be busy catching up with the web orders while we're gone, but after that summer sale, I think our catch-up speed will be fine 😉

View cart “Spirit Island: Jagged Earth” has been added to your cart.

No Preorders laid in last week.